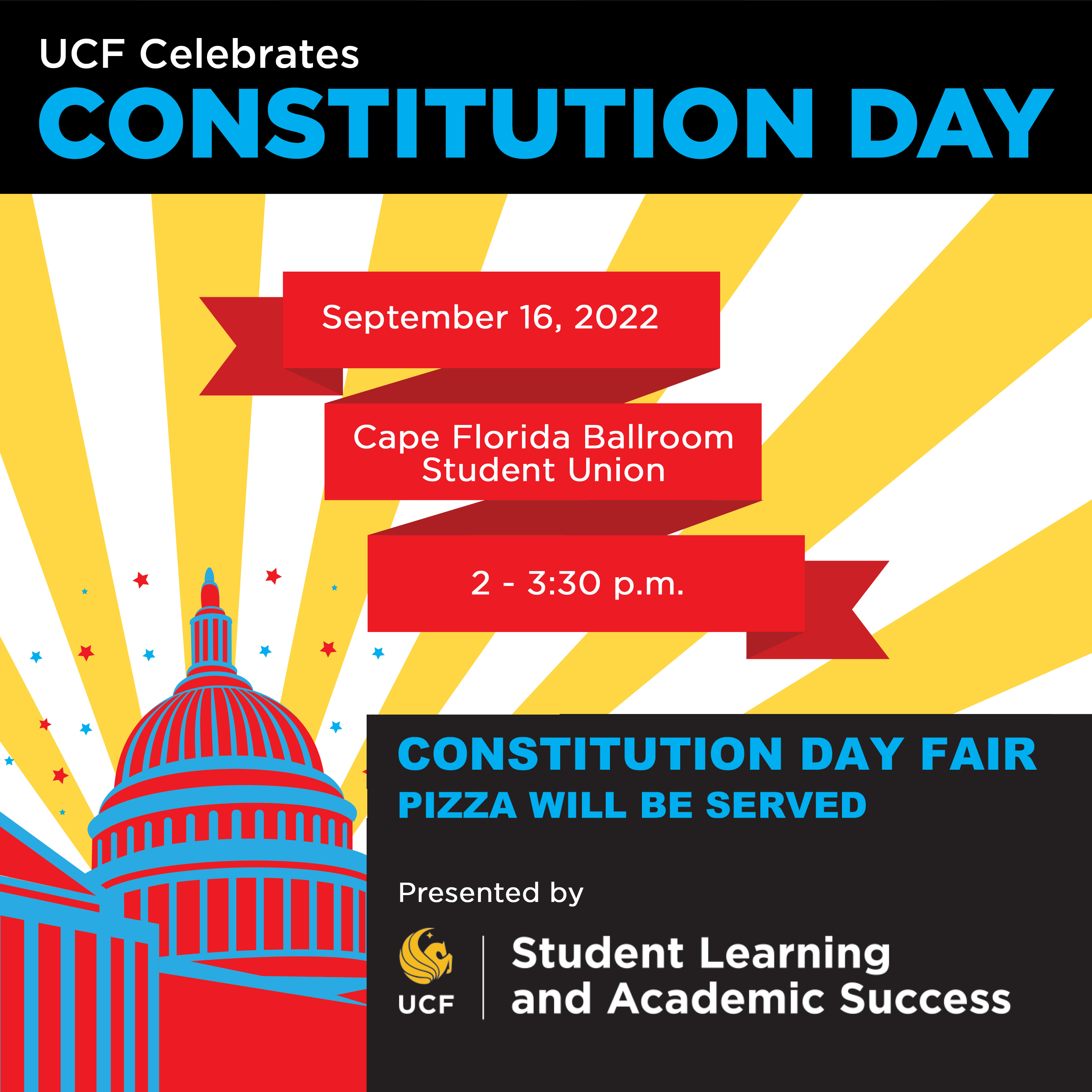 This year, Constitution Day will focus on the 100th Anniversary of the 19th Amendment to the Constitution: Women's Right to Vote. Due to COVID-19, it will be a virtual event that will include three short videos (~15 minutes) that professors might assign as on-demand options that might work best for 2020.

This year marked the 50th anniversary of the Stonewall Riots. It was a vital catalyst in expanding
LGBTQ+ activism nationwide and abroad. Join in UCF’s discussion about how this watershed event
played a significant role in changing the perception of equal rights and protection of civil rights.

The League of Women Voters will be on hand to discuss voting rights.

RSVP at https://undergrad.ucf.edu/constitutionday
Lunch will be provided

UCF is celebrating Constitution Day by commemorating the 150th anniversary of the Fourteenth Amendment. Ratified in 1868, it addresses issues such as the rights of citizens, equal protection under the law, and due process.

Dr. Terry Fine, Department of Political Science and Dr. Wayne Bowen, College of Undergraduate Studies will discuss the importance of the Fourteenth Amendment and engaging in the political process.

Lunch will be served after the event.

Register for the event at https://www.eventbrite.com/e/ucf-constitution-day-celebration-of-the-14th-amendment-tickets-49334209950