How to Analyze an Industry from UCF Libraries on Vimeo.

This video demonstrates how to analyze an industry using the databases, Ibis World, MarketLine, Net Advantage, and Mergent Online. At marker 2:30 the video will discuss how to use MarketLine to find Porter's Five Forces

"The state of competition in an industry depends on five basic competitive forces...

...All five competitive forces jointly determine the intensity of industry competition and profitability, and the strongest force or forces are governing and become crucial from the point of view of strategy formulation. For example, even a company with a very strong market position in an industry where potential entrants are no threat will earn low returns if it faces a superior, lower-cost substitute. Even with no substitutes and blocked entry, intense rivalry among existing competitors will limit potential returns. The extreme case of competitive intensity is the economist's perfectly competitive industry, where entry is free, existing firms have no bargaining power against suppliers and customers, and rivalry is unbridled because the numerous firms and products are all alike."

NOTE: There is not a ready-made Five Forces analysis available for every industry. If you can't find one, consider searching for a related industry and evaluate whether or not the same factors apply to the industry you're researching. Even for an industry with an existing Five Forces analysis, the researcher should consider expanding or updating the analysis. In locating related industries, also remember to look up and down the supply chain, e.g., the bargaining power of your industry may be identified as a buyer or supplier to another industry.

The Porter's Five Forces discussion is under the section "Industry Trend" in a report.

Enter an industry in the "keyword" search box and change "All Research" to "Industry Profiles using the dropdown option. You can also try searching for a specific company, open the company profile, then switch to the industry report related to that company. 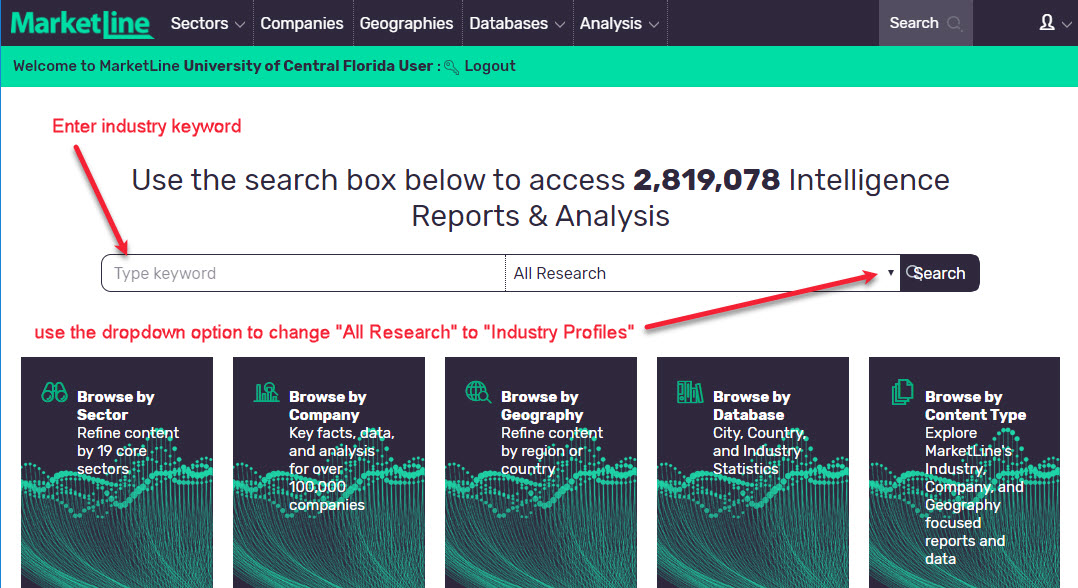 Refine the results by Geography 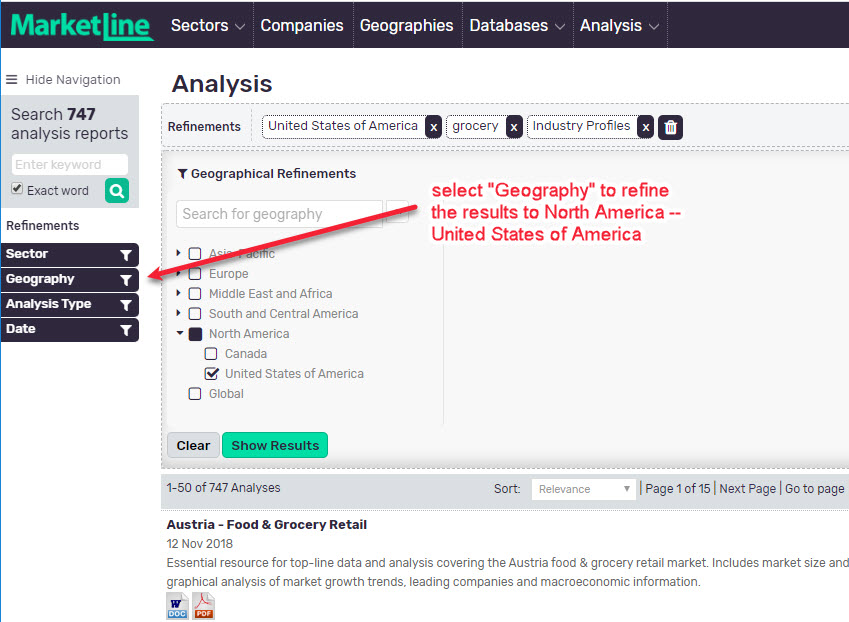 Locate the "Five Forces Analysis" in the report 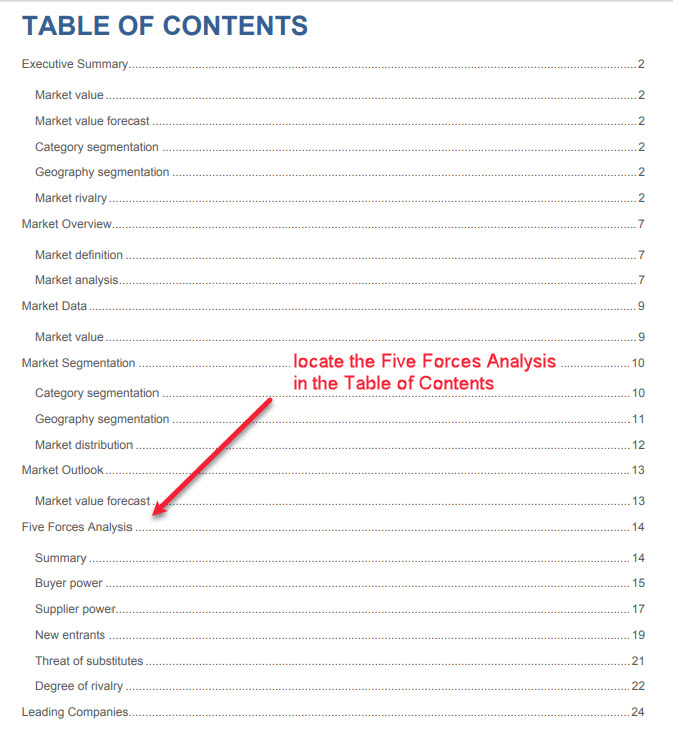 Optional first step: Select the "Browse by Sector" box or the "Sectors" tab 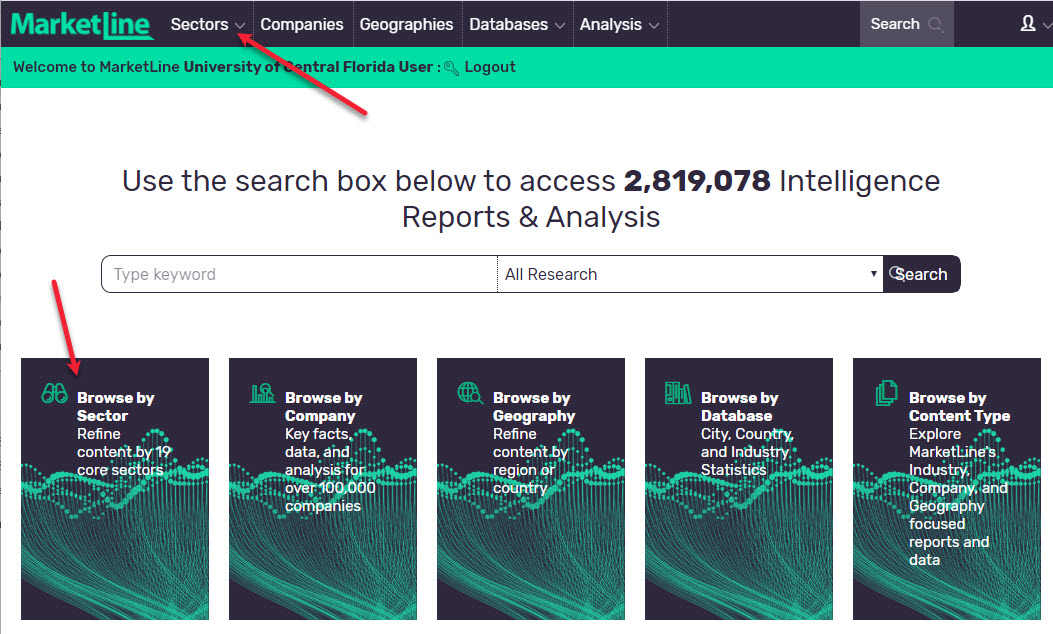 Select the broad sector for the industry 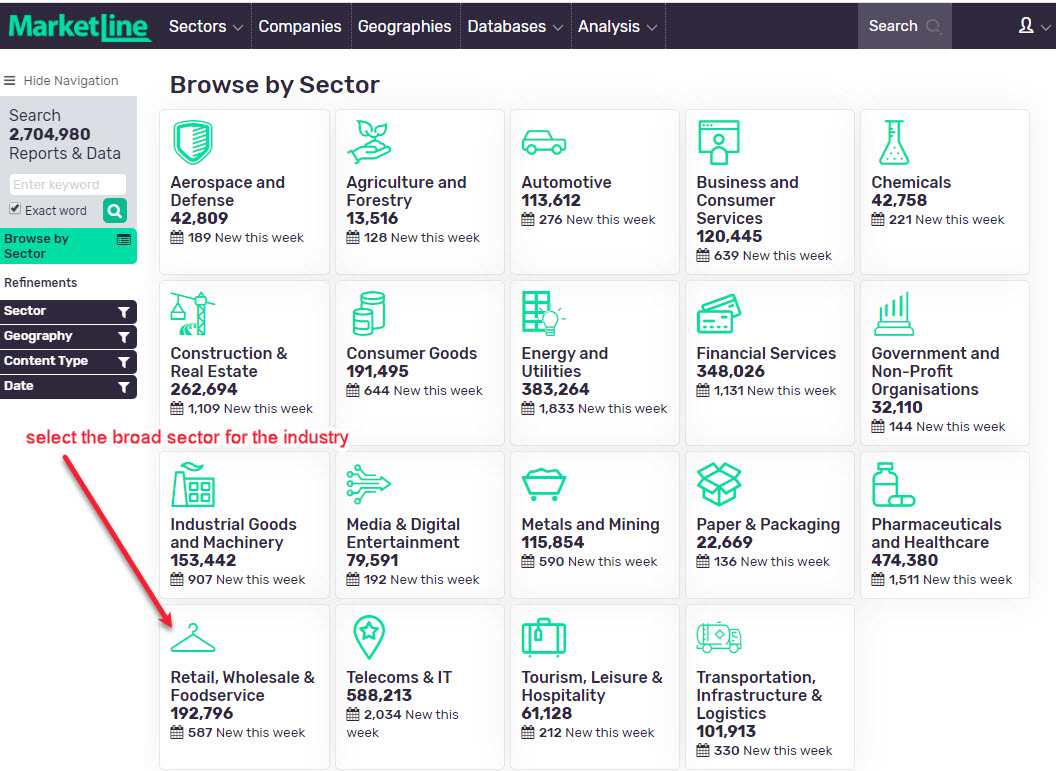 Refine the search by industry sector and geography